A Gateway to Glory: God’s Kindness In Our Suffering

I see the world being slowly transformed into a wilderness; I hear the approaching thunder that, one day, will destroy us too. I feel the suffering of millions. And yet, when I look up at the sky, I somehow feel that everything will change for the better, that this cruelty too shall end, that peace and tranquility will return once more.

It was a beautiful early-spring afternoon. The rays of a golden sun beat down on my face, however, my insides felt like the darkest winter. I was going through a trial unlike any other I ever faced. Very few, if any, knew about it or know about it now. If you spend any time around me, you know I can be a pretty peppy guy. I guess you could say up to that point in life, I had lived a semi-charmed life. Don’t get me wrong – I had been through trials and heartaches. But this was unlike any other pain I ever faced. More personal. Deeper. It was the kind of hurt you don’t wish on anyone. I remember getting the unexpected news over the phone. I walked outside. The sun was now going down, and my fists clenched the mixture of grass and soil. There I was, on my knees. Salty tears running down a face that rarely ever cries.

We all dread days like those. We do everything we can to avoid them. However, they come. And not only do they come, they come like an unwelcome visitor: more often than we’d like, at the least convenient times, and longer than we’d wish.

So then, what do we do with the pain and suffering we experience? I think it’s a subject many Christians seek to avoid. Either it hurts way too much to think about the past, or we don’t want to admit some distrust exists in our hearts toward God. We might not say it out loud, but it’s there. However, I think this is the perfect spot to hear the Bible out on the matter and see what comfort it can give.

In the last few weeks, we have dove headfirst into God’s intentions for suffering. It has not been an attempt to comfort those who suffer as much as it has been an opportunity for us to learn how God uses suffering in the life of people. These are things we need to know before we suffer, or we will find ourselves completely debilitated by the thorns inflicted by this life.

Throughout the last few weeks, we have looked at why vague approaches and trite comments in relation to suffering do nothing for us. Telling yourself things like “God is getting my attention” or “I’m going through this for a reason” might sound good and well, but these thin clichés never can deal with the complexities of life. Instead, they often leave you with a bitter taste in your mouth and a suspicious eye towards God. If we want hope amidst our suffering and the ability to help others in their own affliction, we must move past these shallow truths by taking a look and resting in some of the reasons the Bible gives for suffering.

A 3D👓 View of Suffering 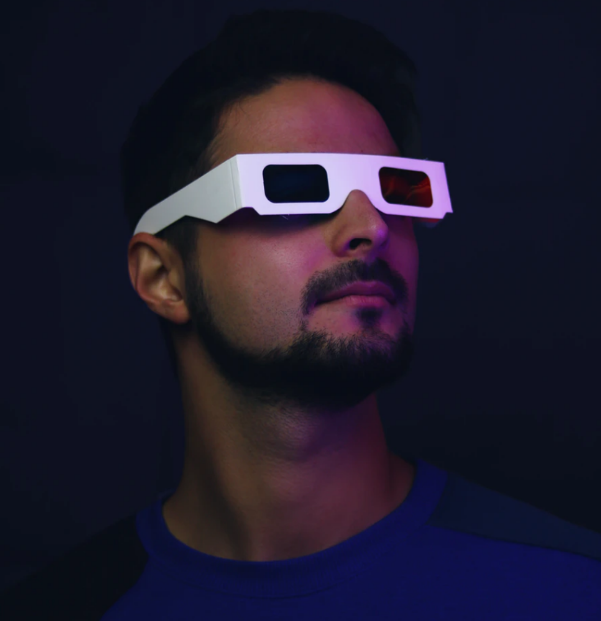 Growing up in Orlando, you get your fair share of theme park experiences. One genre of rides that always fascinated me was the 3D movie experiences you would find at Universal Studios. Usually, the park staff would hand you a pair of glasses at the entrance to the ride. If you looked at the movie screen during the ride without those glasses, it would seem like an ordinary movie. You put those glasses on, though? All of a sudden, the ride came to life! Water and animals would begin flying not just towards the screen – they would be coming right for your head! Sometimes, you’d completely duck out of the way even though you knew it was real. However, another aspect of these rides defies reason: how the audience is captivated by things they see every day. Usually, the ride would go through meadows and rivers where you would see flowers, rivers, and bees in 3D. You’d hear the, “ahhhhs” from the audience. The strange thing? Everyone in the audience has already seen these things in real life. Why are they suddenly captivated by them in a 3D ride? As I reflected on this, I think I realized the answer. Though the audience had experienced these objects in real life, they now saw their inherent beauty in a new light.

This is exactly what the Bible does to our understanding of suffering in the life of a Christian. In fact, one whole section of the Bible seems dedicated to teaching the follower of Jesus how to suffer well. In a very similar way, what we read takes our understanding from a flat view of our suffering that only produces suspicious questions and bitterness to a 3D view that allows us to take exhilarating joy in our God. In the process, he takes the fear of suffering in the life of the Christian and begins to transform them – making them into a completely different person in the process. By looking at a few specific reasons why Christians suffer, we can begin to make more sense out of our own suffering. Again, not all these will apply to every case of suffering, nor is it an exhaustive list. However, it is a good place to start.

A Gateway to Glory

There I was on that lawn – those same hands that clinched soil eventually released it. Slowly, those hands lifted up to the heavens despite the agony. I remember it like it was yesterday, although now it is the distant past. It was a day of great loss. But what if I told you that all my memories from that day weren’t bad? Would you believe me? Don’t get me wrong – the bad was really bad. The loss was real. But not everything on that day was lost. I met someone that day – someone unexpected. I met someone I already knew. In my suffering, I saw the beauty of Christ. Did it replace my pain? No. But I would never be the same after that day. I caught a glimpse of what the Lord was doing in my life, even as my heart sunk to the depths of an ocean of anguish. What I saw was not an explanation of why I was going through these things. I was not after answers. Rather, it was a portrait of who he was making me into. Through my hurt, I was learning to trust him more. So I sang. I sang through tears and thanked him for his faithful character. Through my anguish, my heart did not run from him but clung to him. In bringing trials and pain my way, the Holy Spirit was making me into someone in the future who I would not recognize if I saw him today.

That’s what suffering does for followers of Jesus. It’s Father’s greatest and most effective tool. A tool he uses on all those he loves dearly and calls “son” or “daughter.” A tool that does far more for us than a life of comfort, ease, and everything going according to plan. Indeed, suffering is the gate we must walk through. In a sense, this thorny path is the gateway to glory. I think this is why Jesus said, “Narrow is the road that leads to life, and few are those who find it.” Did you catch that? Few. Though we walk through that gate now, and it’s thorns hurt more than we can ever dream, there is a day when all the thorns will be removed. All the aches will be bandaged. All the wounds of our hurts will be healed. And what our hearts truly longed for in this world, they will finally receive – forever and only Jesus.

Total Body Workout: Exercising My Spiritual-Gift-Muscles During a Shelter-in-Place You Really Wanna Know Me? Good Questions to Ask Others In An Age of Secrecy

Is God Still Working or Has He Left Us Behind?

Knowing Them Instead of Just Knowing About Them: My Reflections After Another Father’s Day

Marked by Fear: COVID-19 and Mainstream Christianity’s Grappling with the End Times